Recognised for his unfaltering commitment to overseeing the advancement of Aboriginal people. 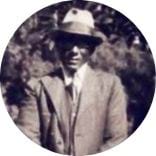 Shadrach Livingstone James was born on 15 May 1890 at Cummeragunja Station on the Murray River. Shadrach died on 7 August 1956 in Geelong and is buried in Mooroopna Cemetery. He was survived by his wife Maggie, their three sons and two of his four daughters.

His parents were Thomas Shadrach James (originally of Mauritius) and Yorta Yorta woman, Ada Bethel Cooper. Thomas James was a renowned schoolteacher and activist. Ada was the sister of William Cooper, who founded the Australian Aborigines League in 1936.

Shadrach was Thomas’ and Ada’s third child and their eldest son. He received his education at his father's Scholars Hut school at Cummeragunja, before passing the teachers' qualifying examination and working under Thomas as assistant teacher. Shadrach followed his father as a leader and activist who made a lasting contribution to Victoria’s Aboriginal rights movement. Shadrach inspired many Aboriginal people to advocate for change.

Shadrach married Maggie Campbell from the Baraparapa and Boon Wurrung/Palawa peoples in Echuca on 15 December 1909. Shadrach and Maggie had seven children including Shadrach Junior who played for the Fitzroy Football Club in the Victorian Football League, and Nona (Irene) Tye (nee James) who was part of the Merri singers.

In 1922, the extended James family moved to inner Melbourne. In their North Fitzroy home, Shadrach and his father brought together a small pioneering group of politically minded Aboriginal people. On behalf of the group, Shadrach then progressively addressed various organisations and lobbied for improvements to the conditions under which Aboriginal people lived and worked. His path as an influential activist was set.

In 1928, Shadrach studied law at the University of Melbourne. He later withdrew due to poor health but if he had completed the course it would have made him the first Aboriginal person to graduate with a university degree.

Shadrach then moved with his family to Mooroopna to obtain employment at Ardmona Fruit Products Cooperative Company Ltd. With his education and capacity for public speaking, Shadrach was elected Secretary of the local branch of the Food Preservers’ Union and Vice-President of the then Goulburn District Council.

To local Aboriginal people, he became a tenacious and progressive spokesman, lobbyist, legal adviser and representative, organiser of functions and letter writer. From 1928 through to 1955, as Honorary Secretary of the Aborigines Progressive Association (APA) of Victoria, Shadrach persisted with his appeals, in his renowned and carefully executed copperplate style of handwriting. In his APA role he was most active in lobbying government to improve living conditions for Aboriginal people.

Shadrach advocated for Federal rather than State responsibility for Aboriginal people, Aboriginal representation in Parliament, and equal rights and citizenship for all Aboriginal people across Australia. As detailed in the book, Thinking Black: William Cooper and the Australian Aborigines’ League (2004), authored by Bain Attwood and Andrew Markus, Shadrach wrote to the Federal Government, newspapers and other bodies campaigning for Aboriginal rights, inspiring other Aboriginal activists to adopt similar techniques of advocacy.

Furthermore, Shadrach’s tenacious nature is highlighted in the book, Dharmalan Dana: An Australian Aboriginal man’s 73-year search for the story of his Aboriginal and Indian ancestors (2014) by Uncle George Nelson and Robynne Nelson.

The book gives the example that while living at Cummeragunja, Shadrach was considered by the NSW Board for the Protection of Aborigines as too vocal on Aboriginal rights issues. Shadrach had the nickname ‘Bush Lawyer’ because he knew the law well and represented himself on a couple of occasions and won. Under the NSW Aborigines Protection Act 1909, the Board issued an expulsion order against Shadrach. He ‘continued the Cummeragunja tradition and refused to comply with the order’ and he sought legal advice. The Board then sought the Crown Solicitor’s advice and had to rewrite the expulsion order in different terms in an effort to prevail and to protect itself from court proceedings. The Board ‘argued that Shadrach’s presence was a menace to the good government of Cummeragunja’. Shadrach refused to leave the station and the Board prosecuted him for trespass. He was eventually expelled from Cummeragunja.

Shadrach had an unfaltering commitment to overseeing the advancement of Aboriginal people and went on to advocate for the payment of the maternity allowance to Aboriginal women, recognition of tribal law in the Northern Territory, and specifically, the appointment of educated Aboriginal people to the then Department of Native Affairs. He advocated for access to full education, and technical training opportunities. He also advocated for land, facilities and equipment for Aboriginal people.

Many alive today still remember Shadrach, a brilliant man who worked tirelessly on behalf of his people, despite many deliberate attempts to limit his efforts. Today, Aboriginal people in Victoria are fortunate enough to experience the outcomes of his tenacious, skilful advocacy and leadership.