A richly talented performing artist who triumphed over adversity. 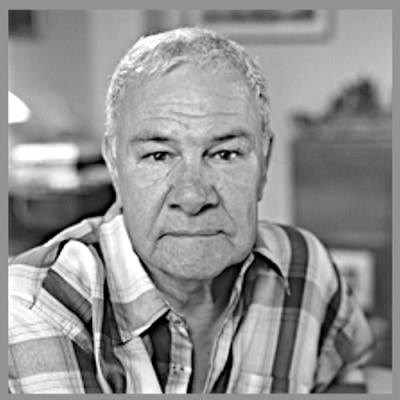 Noel Tovey AM enjoys the distinction of being Australia's first male ballet dancer of Aboriginal heritage. He has led a remarkable career spanning 60 years as an actor, dancer, singer, director, choreographer, designer, writer and teacher in Australia and Europe.

Noel's young life was punctuated with abandonment and abuse

Born in 1934, Noel's childhood in the inner suburbs of Melbourne can only be described as tragic. It was not unusual for children of working class families in Melbourne to live in poverty during the Depression of the 1930s, but Noel's young life was punctuated with abandonment and abuse. While Noel admits that he was in denial of his Aboriginal heritage for about 30 years because he was made to feel ashamed of it when he was young, it is through a connection with this heritage that he attributes many turning points in his life.

Family history research by Noel in recent years revealed that his father, Frederick Morton, was of African-Canadian and French-Creole heritage and that his mother, Winifred Ann Tovey, was Aboriginal. Noel's great-grandmother, Margaret Carmody, was a Ngarrindjeri woman from South Australia.

Noel believes his talent in the performing arts stems from his father's side of the family. Frederick Morton was a member of a musical performing act, known as the Royal Bohee Brothers, set up by his grandfather and great uncle in London in the 1880s. Despite his musical talents, Morton became addicted to alcohol and cocaine and as a result Noel and his 4 siblings grew up in extreme poverty.

In the early 1940s, Noel and his sister were sent to the Royal Park Welfare Depot for Children before being put into the care of a man who submitted them to prolonged sexual and physical abuse. Noel escaped this situation when he was admitted to the Far West Children’s Hospital in Manly, New South Wales, for treatment for a knee condition. After completing this treatment he was reunited with his mother.

Success in ballet and theatre

Given the circumstances of Noel's childhood, it was not surprising that his schooling was patchy, and by the age of 12 his formal education was over. For a few years Noel lived off his wits on the streets, but he loved to read and continued to educate himself through newspapers and books. It was as a 15 year old, working in the Collins Book Depot in Melbourne, that he went to see the ballet Les Sylphides at the National Theatre. This inspired him to begin ballet classes with Jean Alexander at the National Theatre Ballet School. He went on to study with Madame Borovansky and then joined the Ballet Guild where he danced in En Cirque and The Sentimental Bloke.

In time, theatre attracted Noel as strongly as dance, and he appeared in amateur and semi-professional productions. He made his professional debut in Paint Your Wagon in 1954 and subsequently appeared in Bells are Ringing, Salad Days, Witness for the Prosecution, Once upon a Mattress and Music Man at the Princess Theatre in Melbourne. He also performed in many revues with comedian Mary Hardy with whom he had a close friendship. Recognising his need for stronger professional experience, Noel convinced the legendary actor-director Hayes Gordon to take him on as his student and set his sights on a career abroad.

As an impressionable young man, striving for a place in 1950s Melbourne theatre life, Noel was drawn into a bohemian lifestyle. It was a time in Australia when homosexuality was repressed and driven underground. Due to unfortunate circumstances, Noel was imprisoned and convicted for something which is no longer considered a crime. This conviction was a blight on his life for many years and further motivated him to move abroad. Before leaving Australia he married Barbara Hickling, with whom he has a daughter, Felicity.

Career in Australia and overseas

In 1961 Noel became a principal dancer with The Sadler's Wells Company in London and then made his singing debut in On The Level, a musical by Australian Ron Grainer. Noel's career as a choreographer was launched in 1966 with a production of Sandy Wilson's The Boyfriend. The show was a resounding success and toured Britain and Australia in 1968. Noel went on to direct and choreograph many theatre productions in Europe during the 1970s and 1980s. In 1970, Noel met David Sarel who would be his life and business partner for 16 years. Together they opened L'Odeon, a decorative arts gallery, and this proved to be a very successful venture until Sarel's death in 1986.

Noel returned to Australia in 1991 and set up a performing arts course at the Eora Centre for Aboriginal Studies in Sydney. He also continued to direct many theatre productions with standouts being A Midsummer Night’s Dream with an entirely Aboriginal cast, for the 2000 Sydney Olympic Arts Festival of The Dreaming. He also directed The Aboriginal Protesters which was performed in Germany. Alongside his work in the arts, Noel actively campaigned for Aboriginal rights, with a particular interest in deaths in custody.

Noel's autobiography Little Black Bastard (2004), for which he received the 2000 Indigenous Writing Fellowship, was inspired by a tram ride through Melbourne seeing many familiar and traumatic places from his childhood. He wrote and performed a one-man play of the same name. The play gained considerable acclaim in Australia and at the Edinburgh Festival in 2010, where he was nominated for the World Amnesty Award. It was also performed at the London Origins Festival in 2011.

Noel has served on many arts-related organisations and boards, including the Australia Council, the NSW Arts Council, the 2000 Olympic Arts Festival, the Aboriginal Arts Reference Group and the AIDS Trust of Australia. In recent years he set up scholarships for 2 recipients from socially disadvantaged backgrounds – 1 Indigenous, 1 non-Indigenous – to attend the Flying Fruit Fly Circus School.

Noel was recently awarded the Uncle Bob Maza Memorial Lifetime Achievement Award for outstanding contribution to Victorian Indigenous theatre (2014). In 2015 he received an Order of Australia. Now in his senior years, Noel is strongly focused upon nurturing and mentoring young Aboriginal actors and performers. His Scholarship Foundation, along with his personal courage, are providing guidance and inspiration for future generations.