A community leader with passion and vision. 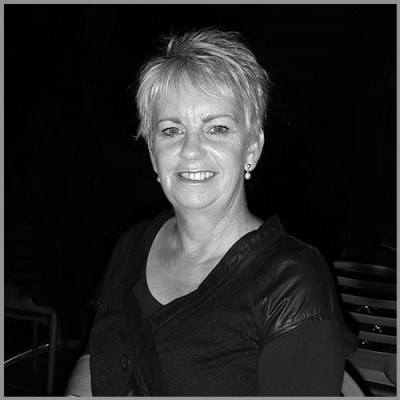 Judith Cue-Ahmat is a proud Gunditjmara woman and respected community leader who has made an important contribution to the Wodonga Aboriginal community in the fields of health, justice, education and community services.

Born in Warrnambool in 1961, Judith grew up on farming properties around the Mortlake area of Victoria.

Her grandparents were Mary Elizabeth Fuller (known as Maisie) and George Winter McDonald (known as Joe). Her grandfather was born in 1890 at Lake Condah mission. At the age of 24 he joined the AIF but did not serve overseas, being discharged as medically unfit in 1916. The couple had 8 children: Mervyn, Claude, Helen, Walter, Nowell, Thelma, Margaret and Robert.

Judith’s grandmother Maisie McDonald was only 40 years old when she died in 1933. As a result, Judith’s mother Helen and her siblings were sent to the Geelong and Western District Protestant Orphanage against the wishes of their father. After leaving the orphanage Helen McDonald worked as a cook for a well-to-do family at Ceres, near Geelong.

In 1943, during World War II, Helen enlisted in the Australian Women’s Army Service at the age of 21. It was while she was in the army that Helen met Murray Powell at a dance in Bacchus Marsh. The couple were married on Murray’s return from service in New Guinea. They had 6 children, Jean (stillborn) then Graeme, Philip, Heather, Lindsay and Judith.

As a young person she aspired to be a physical education teacher, but this was not to be

Judith began her education in 1966 at Mortlake State School in Western Victoria and then attended 2 other schools in Victoria: Mannibadar and Pleasant Street in Ballarat. She then attended Ballarat High School, completing year 9 before joining the workforce at the age of 16. Judith enjoyed sport and played netball, hockey, softball, basketball and tenpin bowling. As a young person she aspired to be a physical education teacher, but this was not to be. Judith worked in hospitality and retail jobs until she married Kelvin Cue. By the time Judith was 26 the couple had brought 4 daughters into the world.

In the late 1980s, as her children were growing up, Judith was looking for a change and enrolled in a 2 year certificate course in Social Sciences (Aboriginal Welfare) at the Ballarat School of Mines. This course gave Judith the opportunity to work at the Ballarat and District Aboriginal Cooperative.

Judith realised there was a lack of services for Aboriginal families

In 1991 Judith and Kelvin packed up their family and moved to Wodonga so she could take a job in Juvenile Justice with Community Services Victoria. In 1992 she enrolled in the Bachelor of Social Work degree at La Trobe University Wodonga. She completed the degree by juggling full time work in Juvenile Justice with full time study at the weekends, while raising her 4 daughters. Judith graduated in 1995 and was the first person in her family to attend university and complete a degree. Soon after settling in Wodonga, Judith realised there was a lack of services for Aboriginal families. She was informed that this was because most Aboriginal people lived in Albury. Undeterred, she sent a message around the schools in Wodonga and set up an Aboriginal Student Support Parent Awareness group.

This led to the establishment of a homework centre to help children and families struggling with education. From there Judith worked on other projects and programs related to health, welfare and education. In 1994 she was one of the co-founders of Mungabareena Aboriginal Corporation, the first Aboriginal community-controlled organisation in the Wodonga area. Mungabareena provides support and services in the diverse areas of justice, education, health, housing and financial planning, as well as being a hub for social and cultural activity.

In 2000 Judith considered returning to study. This had grown out of her concern for the number of Aboriginal families and children she saw being diagnosed with depression. She believed there was an underlying reason for this which did not fit the diagnosis of clinical depression.

Unfortunately her study was put on hold due to her husband Kelvin becoming terminally ill. Judith cared for her husband until he passed away. In 2006 Judith enrolled in a Masters of Social Work by research and began a journey which she describes as bringing many challenges, opportunities and privileges.

Judith’s thesis topic was ‘The Intergenerational impacts of Government Policies and Administrations on a Gunditjmara Family: Loss and grief’. Her thesis gave her the opportunity to look at the effects of colonisation on her own family group and to explore the impact of grief as it is carried through the generations.

Judith felt honoured to be able to capture the story of her uncle Wally (now deceased) who at the time was the oldest living Gunditjmara man in Victoria, as well as 3 generations of the McDonald family.

An active and important role in the Aboriginal community

From 2011 to September 2015, Judith worked as the Hume Region Aboriginal Health Partnership Manager at Mungabareena. Her role was to work with mainstream health services and Aboriginal community-controlled health services and provide culturally appropriate ‘best practice’ service delivery standards to community members in the Hume Region (East). Judith is currently Senior Project Officer for the Goulburn area on the Department of Health and Human Services Taskforce 1000 Project. This work is close to her heart as it seeks to improve the outcomes for children and young people in out-of-home care.

In February 2015 Judith married Ray Ahmat Senior. Between them they have 12 children, 29 grandchildren and 2 great grandchildren.

As a highly regarded leader, Judith continues to play an active and important role in the Wodonga Aboriginal community and the region as a whole.