A writer whose words guide and inspire 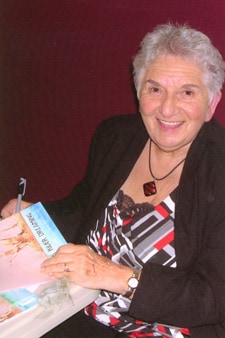 Elizabeth Pike is a gifted writer, whose stories resonate with anyone who has struggled with their identity or felt they did not belong.

Born in Perth in 1927, Betty did not learn of her Aboriginal heritage until she was a teenager. Her Aboriginal mother left when Betty was five years old. It was the Depression era and times were tough. Her father, who was non-Indigenous, lost his job. Work was sporadic and required long periods away, leaving him unable to care for Betty and her two younger siblings. Her brother and sister were sent to live with relatives — sadly, her brother was to die of pneumonia. While living with an aunt in Coolgardie, Betty was taunted at school for her dark features. She witnessed the hardships faced by the town's Aboriginal population, oblivious to the connection she shared with them.

At 13, Betty had an unexpected encounter at the Kalgoorlie train station. Her mother, who she did not recognise, sat beside her and introduced herself. The reunion caused great confusion for Betty. She was not permitted to see her mother, who had remarried illegally. This denial manifested itself in rebellion. Betty was eventually placed in a home for delinquent girls.

Constant questioning about her heritage prompted Betty to visit the Registrar of Births and Marriage. She discovered that her great grandfather had been an Irish convict and her great grandmother an Aboriginal woman of the Minang people near Albany in south-west Western Australia. An uncle on her mother's side, with whom she shared her discovery, sent her away, unwilling to risk involving his family with the harsh welfare laws affecting those of Aboriginal descent. A hurt Betty subsequently hid her Aboriginality for many years.

Left with nowhere else to go, Betty joined the Women's Royal Australian Air Force. She was 16. Working as a flight mechanic, she was posted in Victoria. In 1945, she was discharged in Melbourne and stayed. Lonely and struggling financially, a period of depression followed, until an elderly co-worker at a department store introduced Betty to the church. Through Catholicism, she found strength and direction. Her Aboriginal identity, however, lay dormant — only a gnawing sense of incompleteness betrayed its presence.

Betty met her husband, Aubrey, at a parish dance. They married, had six children, and settled in Geelong. Sadly, she lost Aubrey to cancer in 1989. For years Betty was a full-time mother, although when her children were all of school age she took jobs, including caring for children in orphanages. An early attempt to engage with an Aboriginal group was rejected, leaving Betty hurt and lacking a sense of self.

Shortly before her husband passed away in 1989, Betty befriended an Aboriginal woman named Jacqui Johnston after approaching her in the street. Jacqui was studying at Deakin University's Institute of Koorie Education and encouraged Betty to join her. At 63, Betty enrolled. For the first time, her Aboriginal heritage was formally acknowledged. In 1993, she graduated with a Bachelor of Arts.

Betty began working with the Catholic Education Office, encouraging Aboriginal studies in schools. She subsequently found a place for herself in the Aboriginal Catholic Ministry, and has been involved there ever since. After writing about an event held to mark the 20th anniversary of the first National Aboriginal Mass celebrated in Melbourne, Betty became the Ministry's writer in residence. She has since become a regular contributor to publications, journals and magazines, including Madonna and Pacifica, writing articles with an Indigenous perspective.

Betty was inspired to write a parable about the Platypus. Within it she wove a message of understanding and hope for those Indigenous Australians of mixed descent who, like her, have struggled to find an identity of their own. The story was published as an illustrated book titled A River Dreaming. It proved popular with young and old alike. Copies appeared in schools and public libraries. In 2011, a bundle of letters arrived from a group of women in a West Australian correctional facility. A copy of Betty's book had found its way to them. The women, many of them Indigenous, were writing to tell her how much it had moved them. It was a moment of great pride for Betty.

In 2011, she launched an anthology called The Power of Story. The same year, she won a National Volunteer Award. She is loved dearly by her grandchildren and great grandchildren.

Betty has battled guilt and shame in her search for a sense of self. Through her writing, she is now able to offer support and solidarity to the many like her, while educating people about a group so often overlooked in wider discussions. A believer in the power of a story, hers can inspire hope in all of us.