A Senior Elder respected by all and the embodiment of reconciliation. 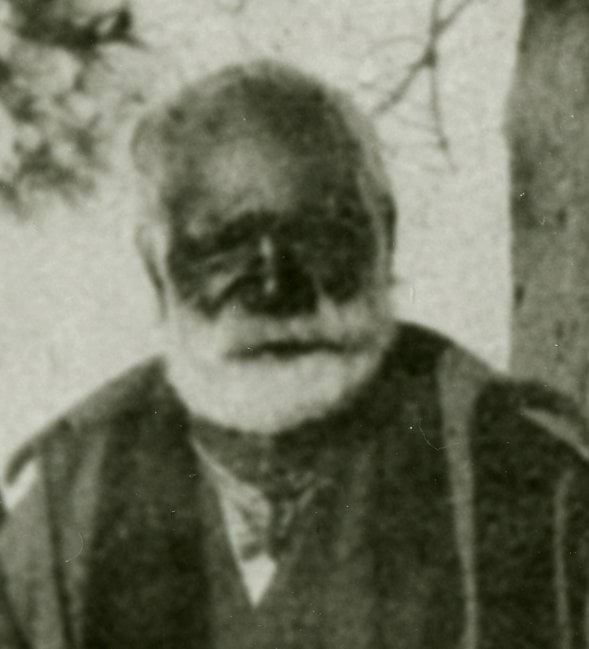 Uncle Ben ‘Lanky’ Manton was a gentleman and advocate for Aboriginal rights. He had immense pride for culture and promoted reconciliation.

Lanky was the youngest of two boys, born in 1841 at Nerre-Nerre Warren Aboriginal Station north of Dandenong on Woiwurung land, to his Taungerong parents, Murrum Lanky and Mary Lanky who came to the Yarra Valley in February 1841.

His family soon left the Nerre-Nerre Warren Reserve and settled in the Bulleen­ Templestowe area where he also established a strong relationship with the local community. Murrum sent his sons to the Merri Creek Baptist School to learn to read and write, where they found acceptance and made lifelong friends with the local white community but after the death of Wurundjeri Elder Billibelleri in 1846 he withdrew his sons and took them bush so that they could be educated in traditional life.

In 1860, at age 19, Lanky went to the Swan Hill area and took up droving for a pastoralist named Manton and adopted his name. Ten years later, after Coranderrk Mission Station (Coranderrk) had been established, Lanky Manton returned to the Yarra Valley.

Lanky Manton married Annie Rees in 1881. It is not clear how many children they had, only that the youngest surviving child Violet was born in 1894.

Becoming a Senior Elder at Coranderrk

Born in the earliest days of colonial Victoria, Lanky Manton experienced a full traditional life. He adapted to the realities of colonial life whilst still maintaining his cultural skills and practices, which he freely shared with non-Indigenous Australians. He became a Senior Elder at Coranderrk and was highly respected within the wider community for his lively wit and cultural knowledge. Lanky Manton encouraged the tourist industry to visit Coranderrk where he would give fire lighting, artefact making and boomerang throwing exhibitions to promote the importance of Aboriginal knowledge and culture.

As a Senior Elder after the death of William Barak in 1903, Lanky Manton continued to advocate against the constant threats of the closure of Coranderrk and took any opportunity to address visiting dignitaries on the issue.

Coranderrk Mission Station was established near Healesville in 1863. Many Aboriginal people who lived and died at the station belonged to many Aboriginal clans from throughout Victoria including the Woiwurrung.

Aboriginal people have fought for their land and their rights since the time of European arrival. Residents of Coranderrk sent petitions to the Victorian Government during the 1870s and1880s, protesting against their lack of rights and the threatened closure of the settlement.

In the first fifteen years after Coranderrk was founded, the 2,300-acre farm became self-sufficient. The community grew crops, a school was established and people’s health improved. Once this happened, attitudes toward Coranderrk changed, the land was deemed ‘too good’ for Aboriginal people and so began the campaign to transfer them to Lake Tyers and other more distant places.

Loved and respected by all

By 1923 the closure process had begun with the relocation to Lake Tyers. Coranderrk eventually closed in 1924. However, Lanky Manton and his wife Annie were the oldest of the six elders who refused to move from Coranderrk and were amongst the very last Elders to leave Coranderrk to join their family at Lake Tyers in 1927. Lanky Manton died at Lake Tyers on May 26 1929. His sparkling wit, inclusiveness, knowledge of cultural practices and engaging manner meant that Lanky Manton was extremely loved and respected by all at Coranderrk, Lake Tyers and in the wider community.