An admired storyteller, activist and craftsman. 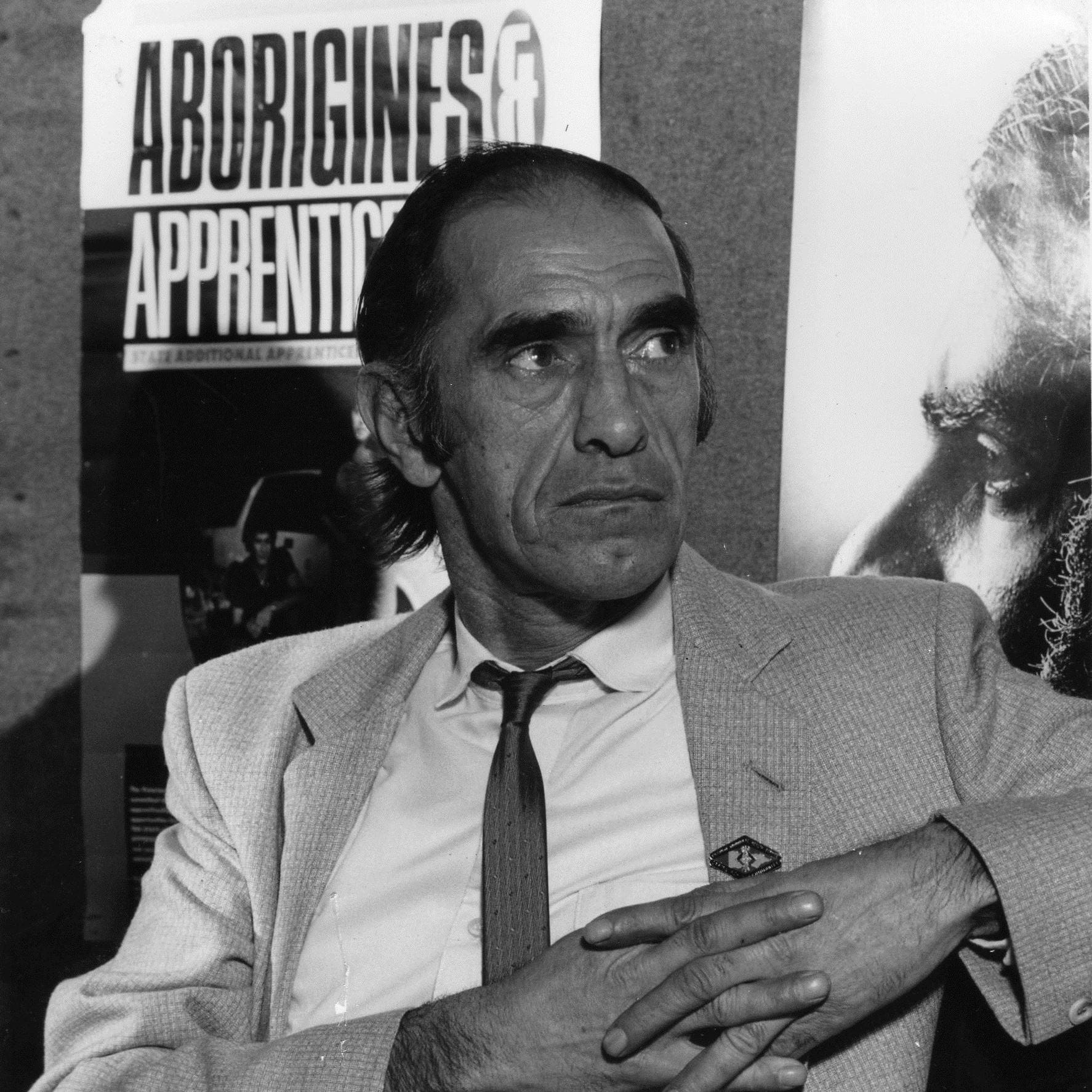 Uncle Albert Mullett was a Gunai Elder whose many years of service to the community earned him widespread admiration. His devotion to his culture, his people and his country was expressed through significant contributions in areas such as education, land rights and cultural heritage.

Born in Melbourne in 1933, Albert was raised by his mother, Rita Maude Mullett, and her extended family, including his maternal grandparents, David Mullett, a Gunditjmara man, and Maude Stevens, a Gunai woman from the Tatungalung clan. Albert had six brothers, two of whom were taken by the authorities in 1934. Sadly, both passed away before Albert had the chance to meet them.

Albert's family were removed from Lake Tyers Mission when Albert was an infant. His earliest years were spent on an island across the lake and included clandestine visits by night to relatives that remained on the mission. Later the family divided their time between East Gippsland and the south coast of New South Wales, often camping wherever seasonal employment could be found. These campsites were social places that provided Albert with a sense of belonging in his youth.

During the Second World War, Albert lived with his family in Melbourne, before moving to Jackson's Track near Drouin. Albert attended school intermittently, but was more interested in the teachings of his older relatives. He particularly cherished the days spent learning traditional woodcraft techniques from his great uncles. As soon as he was old enough, Albert left home to travel the countryside. He fondly referred to this period as the 'bumma' years — a colloquialism used at the time to describe nomadic young Aboriginal men.

Albert roamed from South Gippsland to the Monaro region of New South Wales in search of work. Jobs included picking crops and cutting wood. He attended dances for fun and, when he had no relatives to stay with, he slept in the bush. Albert often met Aboriginal Elders there, who shared traditional stories and songs around the campfire. At the same time, the treatment Aboriginal people received from the authorities left a lasting impression on Albert.

Albert spent many years as a bean picker. The work was hard and the hours long, but he developed a reputation as a 'gun' - even setting a record for most bags filled in a day. The job became a family affair following Albert's marriage to his childhood sweetheart Rachel Mongta. The couple, who were together more than 50 years, even honeymooned in a bean paddock. Albert picked beans from spring until autumn and for the rest of the year worked in sawmills around Gippsland, or in the bush felling trees. He always looked back on his time in the timber industry with great affection.

Eventually, Albert, his wife and their eight children settled in Bairnsdale. In 1980, Albert's life abruptly changed direction. Struck by the absence of Aboriginal history in his children's curriculum, he volunteered to teach students at Bairnsdale Primary School about Aboriginal culture. Such was the success of his lessons, held in a renovated bike shed, that the Victorian Aboriginal Education Association Incorporated made Albert a spokesperson for Aboriginal education.

Straight-talking Albert became a fixture on committees promoting Aboriginal interests at all levels of education, from primary to tertiary and TAFE. He was also employed as a community councillor at the Gippsland Institute of Advanced Education. Among his achievements, Albert helped establish the first Aboriginal Studies course in Victoria, at Monash University's Gippsland campus and successfully lobbied for additional university places for Aboriginal students. His work in schools over the years, such as organising camps and dance groups, helped strengthen identity and cultural awareness among young Aboriginal people, and promoted reconciliation within the whole community.

For many years, Albert was committed to the preservation and celebration of Aboriginal culture. He was among a dedicated group who pushed for legislative changes that allowed local Aboriginal communities to have more involvement in the management of culturally significant sites around Victoria. As a result, hundreds of Aboriginal people have been trained and employed in cultural heritage roles. Closer to home, Albert helped establish a 'keeping place' in Bairnsdale. He brought a wealth of experience to a number of significant cultural and heritage bodies, including the Australia Council's Aboriginal Arts Board, the Australian Archaeological Association, and a federal taskforce on Australian cultural collections overseas.
As an elected councillor to the Aboriginal and Torres Strait Islander Commission, Albert served as chair of the Yangenook Regional Council for three years. A heart attack in 1992 only temporarily slowed him down. In the late 1990s he was a key negotiator between Aboriginal land councils, Traditional Owner groups, and the international company that constructed the Eastern Gas Pipeline.

He subsequently served as an advisor to several government, private sector and community-run organisations on matters of land use.

Respected as a master-craftsman of traditional wooden artefacts, including shields and boomerangs, Uncle Albert taught these skills to new generations. He was a storyteller who educated and advised people of all ages about Aboriginal culture, including his 17 grandchildren and 15 great grandchildren.

Uncle Albert passed away in July 2014. Although he is sadly missed, he will always be remembered as a leader who possessed wisdom, integrity and fortitude, and was a positive role model to many people.