A man proud to work for his community. 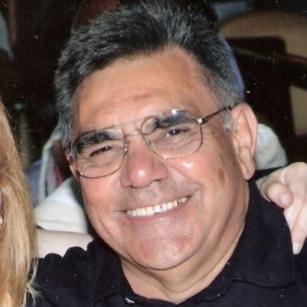 Uncle Phil Cooper is a stalwart of Aboriginal affairs in Victoria and has helped deliver services to meet the needs of Aboriginal people for nearly 40 years. An advocate for using the skills and knowledge available within his community when developing programs, he has worked in areas ranging from education to family violence, at both state and national levels.

Born in Mooroopna in 1950, Phil is the son of Emmanuel Cooper, a Yorta Yorta man, and Alice (née Colger) a Mutti Mutti and Wemba Wemba woman. His parents, fearing that Phil and his 5 siblings would be taken away from them, often moved in an effort to evade the authorities. The family lived on 8 missions, from Lake Tyers in Victoria to Brewarrina in New South Wales, often staying with relatives. The upside was that Phil grew up surrounded by extended family, but this existence also posed challenges, such as having to attend more than 14 different schools.

As a young man, Phil held down a variety of jobs. At different times he was a farm hand, worked in sawmills, canneries and factories, drove trucks and was a labourer. Phil also played football well enough to represent Victoria 3 times in an all-Aboriginal team. By the mid 1970s, he was living in Melbourne and involved with Fitzroy's Aboriginal community. Phil formed a close-knit group of mates who participated in political and social activities together. Among them was Alf Bamblett, whom he continues to work closely with today. Alf was an inaugural inductee to the Victorian Indigenous Honour Roll in 2011.

Phil was a founding member of many services and advocacy groups

For his first job in Aboriginal affairs, Phil was employed by the Victorian Social Welfare Department to work with young Aboriginal people in the justice system, in the early days of the Bert Williams Aboriginal Youth Services. He held other justice related roles, including chair of an Aboriginal Community Justice Panel, assisting Aboriginal people taken into police custody. In 1976, Phil became a founding member of the Victorian Aboriginal Child Care Agency and later worked there as a field officer, covering an area from Echuca to Mildura. He was also its acting Chief Executive Officer in the 1990s.

In the early 1980s, Phil was appointed as Administrator of the Ballarat and District Aboriginal Co-operative. He followed this with a stint at the federal Department of Employment and Industrial Relations, implementing programs to support Aboriginal trainees. After that, Phil joined the Victorian Aboriginal Legal Service, where he worked his way from field officer to executive director. This period coincided with the 1987 Royal Commission into Aboriginal Deaths in Custody and Phil was a member of the national committee. Continuing his support of culturally appropriate legal assistance for Aboriginal people, he has also been a member of National Aboriginal and Islander Legal Services, a peak national body.

For 15 years, Phil has been a community development officer at the Victorian Aboriginal Community Service Association Limited (VACSAL). Much of his work has centred on providing support and resources for dealing with family violence, particularly preventative programs focused on the health and wellbeing of Aboriginal men. Phil helped establish VACSAL's Aboriginal Centre for Males and runs camps aimed at strengthening families. He has contributed to whole-of-government strategies through the Family Violence Statewide Advisory Committee and the Indigenous Family Violence Partnership Forum, and currently co-chairs the Northern Metropolitan Indigenous Family Violence Regional Action Group. Phil is also a White Ribbon Ambassador and was a finalist for Ambassador of the Year in 2011.

A skilled manager, Phil headed the Aborigines Advancement League and was co-chair of the Victorian NAIDOC committee for 10 years. He has sat on advisory panels for the Brotherhood of St Laurence, Darebin City Council, City of Yarra and Victoria Police – his work for the latter earning him a Victoria Police NAIDOC Community Award. Uncle Phil has also been a member of the Secretariat of National Aboriginal and Islander Child Care, the Yorta Yorta Elders Council and the Aboriginal Community Elders Services, as well as the Aboriginal Justice Forum and Regional Aboriginal Justice Advisory Committee.

A keen golfer, Uncle Phil was public officer at the Indigenous Golf Association of Victoria. He also sits on the board of his beloved Fitzroy Stars Football and Netball Club. A proud family man, Uncle Phil is much loved by his 6 children, 9 grandchildren and 3 great grandchildren, as well as his partner of 20 years, Teresa Hoffman. Upon reflection on all he has helped achieve, he is most grateful to have had the opportunity to contribute to his community and honour the legacies of those Aunties and Uncles who came before him.